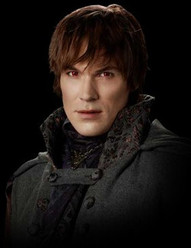 Felix is one of the Volturi guards. His motivation is not at all described in the books. The only cues to discern his character are what he is described to do physically, and how he speaks to Bella and Edward.


Physical Description
Bella describes Felix as " very big, tall, and thick through the shoulders ", and that his size reminds her of Emmett Cullen. He is described as having a slightly olive complexion which looks odd combined with his chalky skin.He also has short, cropped, black hair. He is not gifted, unlike most of the Volturi. It is assumed that he is kept in the guard because of his immense strength and physicality. He also is thought to be a fighter. In Breaking Dawn, Bella mets Felix again describing him hulking and menacing as an iron-spiked cudgel. Daniel Cudmore portrayed Felix in the New Moon film, and returned in Eclipse.

Meyer stated that Felix's talent is his fighting abilities and strength. No matter how good anyone else is in physical combat, Felix will always remain one, or most likely, several steps ahead of them. Coupled with his large size and muscular build, Felix is probably the most physically imposing vampire in the Volturi Guard, if not the world. The theory of this is given by the quote "Aro does not surround himself with the second best!" given by Bella Swan.

New Moon
In New Moon, Felix helps to hold members of the Cullen family while Aro, Caius, and Marcus deliberate on the decision on what to do with Alice, Bella, and Edward. His wanting Bella to stay in Volterra angers Edward. In the movie interpretation, Felix and Edward enter a fight, with Felix beating, and almost killing Edward. 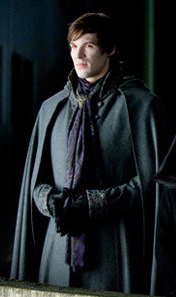 In Eclipse, Felix is at the site where the Cullens fight the newborn army. He is seen deliberating with Jane, Alec, and Demetri in the film adaptation of Eclipse. At the end of the battle, he moves in to confront the Cullens, and determine, along with Jane, what to do with them after what happened. It was also Felix that burned Bree after the Volturi decided to "dispose" of her.

Breaking Dawn
In Breaking Dawn, Felix is at the clearing during the confrontation with the Cullens.

Etymology
Felix's name means "lucky, successful" in Latin, it can also mean "happy" and "prosperous" (also in Latin) probably referring to his good-humoured nature.
'Twilight Reality is the quality of being true to life within the Twilight Saga' © All Rights Reserved 2008-2011