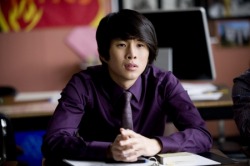 Eric is described as being 6'3" with hair "as black as an oil slick," brown eyes, and poor complexion. He is constantly vying for Bella's attention, competing with many of his fellow classmates. He is also said to be very geeky by Bella, and Bella shows no interest in him.

Eric was the first person to meet Bella at Forks High School. Bella described him as "the overly-helpful, geeky, chess club type". He was immediately interested in Bella when she moved to Forks, as were many of the boys in the school. He was resentful of fellow classmate, Mike Newton's, similar interest in Bella. In Twilight, he later asked Bella to the spring dance, to which she declined. In the Twilight movie, Eric eventually went to the dance with Angela Weber however in the books his date is not mentioned.

In New Moon, Eric was seen sitting at lunch with a senior named Katie Marshall, and Bella assumed they were in a relationship. It has been revealed that Katie was introduced simply as a love interest for Eric.

In Eclipse, Eric was valedictorian of his graduating class.

Eric was combined with Ben Cheney to create one character for the Twilight film. Therefore, Angela Weber dates Eric during the film series, while she dates Ben in the books. Eric is portrayed by Justin Chon in the films. He reprized his role in New Moon and will be returning for the up coming Eclipse. 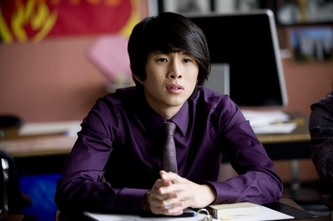