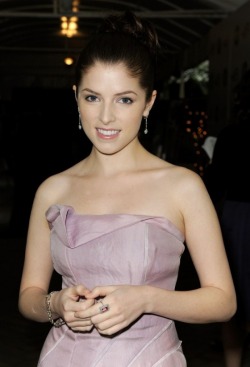 Anna Kendrick (born on August 9, 1985 in Portland, Maine) is an American film and stage actress. She is known for her movie portrayals in the 1998 film High Society, the 2003 film Camp, and the 2007 film Rocketship. In 2008, she played Jessica Stanley in the film Twilight, and reprised her role in New Moon.Kendrick also starred in the movie Up in the Air, playing Natalie.

Personal Life
Kendrick and her older brother, actor Michael Cooke Kendrick, who appeared in the 2000 film Looking for an Echo, attended Deering High School in Portland, Maine. She lists Parker Posey, Molly Shannon, and Amy Poehler as her inspirations.

Career
Kendrick claims to have "caught the [acting] bug" at the age of 10, when her parents would drive her from her hometown of Portland, Maine] to New York City so that she could attend auditions. Her first appearance was the role of Dinah in the Broadway musical High Society in August 1998, at age 12, which earned her Theatre World Award, Drama Desk Award, and Tony Award nominations, the latter of which made her the third-youngest nominee ever after 10-year-old Frankie Michaels and 11-year-old Daisy Eagan, who both went on to win.

Afterwards, she was featured in a number of other theater productions, including the musical A Little Night Music, before making her film debut in the 2003 musical comedy Camp, for which she was nominated for a Best Supporting Actress Chlotrudis Award and Best Debut Performance Independent Spirit Award for her portrayal of the character Fritzi Wagner. 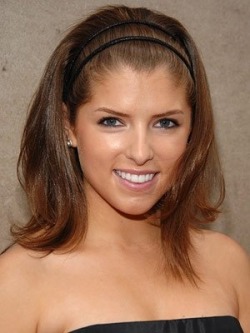 In 2007 she appeared in the film Rocket Science, in which she portrayed Ginny Ryerson, a fast-talking high school debater. Although she says she found the role intimidating and challenging after watching an actual national collegiate championship debate, her performance was praised by critics and she was nominated for a 2007 Independent Spirit Award for Best Supporting Actress.

In late 2007, she auditioned for the role of Jessica Stanley in Twilight. She had intended to do a mix-and-match audition with various actors, but was too ill and had to leave; she was, however, brought in for a later session where she was given the role.Screenwriter Melissa Rosenberg said that the characters Jessica Stanley and Lauren Mallory from the book were combined to create the role.Kendrick reprised her role as Jessica in the Twilight sequel New Moon, and reprises her role in Eclipse.

Kendrick's theater singing experience gave her the opportunity to star in 2009's The Marc Pease Experience, where she appears as a high school senior involved in musical theater.

She is featured in the film Elsewhere, scheduled for 2009, in which she plays her first lead character, a girl whose best friend goes missing, and in director Jason Reitman's film Up in the Air, based on Walter Kirn's 2001 novel of the same name, alongside George Clooney. She appears in Edgar Wright's adaptation of the graphic novel Scott Pilgrim, titled Scott Pilgrim vs. the World. She is set to appear in the movie I'm with Cancer.
'Twilight Reality is the quality of being true to life within the Twilight Saga' © All Rights Reserved 2008-2011