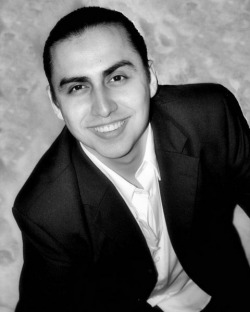 Solomon Trimble is the actor who portrayed Sam Uley in the Twilight film. He did not return for the New Moon film.

Solomon Trimble (Mescalero Apache, Lakota) was born on June 19th, 1984 in Wichita Kansas. Solomon has been a traditional Native American Grass Dancer since the age of 3. Between the ages of 3-13, Solomon was also a member of a Northwest Native American champion youth drum group “The Young Spirit Singers”. After the group disbanded, Solomon moved to New Mexico to be closer to his Grandfather and to attend the Native American Preparatory School. This was where Solomon found the love for poetry and math (though his grades did not reflect as great a love). Solomon’s family could not afford his tuition and travel expenses for him to complete high school in New Mexico, so he returned to Portland and was recruited by the Dance West Dance Guild, the then Dance West Dance Company. Solomon studied Jazz, Tap and Ballet, under Terry Brock and Julane Stites, and helped choreograph a marriage between ballet and Native American dance which gave him the opportunity to travel to Canada and Japan, with Dance West.

For his senior year, Solomon decided to finish high school while living on the Lummi Reservation in Bellingham, Washington, with his older Sister and to be closer to his now infamous younger brother. This was also where he became more familiar with northwest tribal customs and learned to play the guitar. Trimble returned to Portland upon graduation and continued his education at Portland Community College, pursuing guitar and voice as a music major, to become a rock star. His love for mathematics and music were equal. Solomon could not afford to be classically trained to continue towards a degree in music, so he graduated in 2005, with an Associates of Science in Mathematics and graduated this spring 2008 from Portland State University with a Bachelors in Mathematics, and a Philosophy Minor. Solomon was a member of United Indian Students in Higher Education and the American Indian Science and Engineering Society; and is now acting as alum for both. For the past three years he has been a K through12 student teacher. Before accepting his role as Sam Uley, Trimble was considering attending graduate school for a masters in school administration or Lewis & Clarke Law School. He still hopes to become an attorney focused on Native American Issues. Trimble spends his free time connecting with Elders in his city, learning traditional songs of all tribes and participating in Native American ceremonies as invited in his area. He also tutors Native American youth in math, and culture to facilitate transitions from reservation life to the city.
'Twilight Reality is the quality of being true to life within the Twilight Saga' © All Rights Reserved 2008-2011