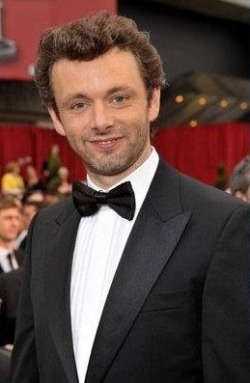 Michael Sheen is a British actor who will be playing the character Aro in the New Moon. Sheen is well-known for his roles as David Frost in the Academy Award nominated Frost/Nixon, and as the Lycans' leader Lucian in the Underworld film series. He is also set to play the white rabbit in Tim Burton's upcoming film Alice in Wonderland, and will be reprising his role as Tony Blair in the 2011 Peter Morgan film The Special Relationship.

Sheen was born in Newport, to Irene and Meyrick Sheen, both of whom worked in personnel management. His father is also a part-time professional Jack Nicholson look-alike. He has a younger sister, Joanne. When Sheen was five, the family moved to Liverpool, where he became a lifelong Liverpool F.C. fan by watching the side of the 1970s. Three years later, the family returned to his parents' home of Port Talbot, where he attended Glan Afan Comprehensive School and played football for Baglan boys club.

Sheen was offered a trial at Arsenal FC after being spotted by the father of Tony Adams during a family holiday at Pontin's on the Isle of Wight, but chose to pursue an acting career instead. "I was wearing a Swansea kit at the time, so everyone called me Swansea, which I hated. Tony Adams was playing against me and I skinned him a few times, so I must have made an impression." Deciding not to take the trial as it would have meant the family leaving Port Talbot for London, he lost interest in football in his early teens as football became a more physical game.

Sheen became interested in the theater through both school study and parents being members of the local amateur dramatic group, which resulted in Sheen joining the West Glamorgan Youth theatre, where he was a contemporary of writer Russell T Davies. After leaving school Sheen accepted a place to study acting at the National Youth Theater of Wales in Cardiff, and then trained at the internationally renowned Royal Academy of Dramatic Art.

Personal Life
Sheen and English actress Kate Beckinsale have a daughter, Lily Mo Sheen, born 31 January 1999. When Beckinsale shot the film The Golden Bowl, Sheen hit actor Jeremy Northam after he had insulted Beckinsale. Their seven-year relationship ended when, during the filming of Underworld (in which they both starred), Beckinsale left him for the film's director, Len Wiseman, whom she then married. Although he did not appear in the 2006 sequel Underworld: Evolution, other than in flashbacks to the first film, Sheen had a prominent role in the prequel Underworld 3: The Rise Of The Lycans, which Wiseman produced but did not write or direct, and in which Beckinsale does not appear except for the end where she is sitting and thinking about something.

Sheen lived for a time in the United States with Beckinsale, but since their relationship ended, he now splits his time between United Kingdom and Los Angeles co-parenting their daughter. Sheen has been dating ballet dancer Lorraine Stewart since 2003, whom he met while watching cousin Caroline Sheen perform at the National Theatre.

On 15 July 2008, Sheen was awarded the freedom of the borough of Neath Port Talbot, making him one of the youngest people to receive the honour and putting him amongst a select group of people including Sir Anthony Hopkins.

Sheen was appointed Officer of the Order of the British Empire (OBE) in the 2009 New Year Honours.[20] He was named Actor of the Year in GQ Magazine's 2009 Men of the Year Awards.

During his second year at RADA he scored his first starring role, opposite Vanessa Redgrave in When She Danced. Sheen soon established himself as one of the most promising talents on the theatrical scene, notably being cast as Mozart in Peter Shaffer's play Amadeus, which was staged at the Old Vic theater and directed by Sir Peter Hall. He later reprized this role on Broadway.

His screen appearances include the BBC drama serial, Gallowglass (based on the novel by Ruth Rendell), and the films Wilde (1997) (in which he played Robert Ross) and Mary Reilly. However, he remained primarily a stage actor, having starred in high-profile productions of Henry V, Peer Gynt, The Dresser, Caligula and Look Back in Anger, among others.

In 2003, he appeared with Kate Beckinsale in the gothic action film Underworld as the werewolf Lucian. Salon critic Andrew O'Hehir commented that while the "... entire movie is full of campy overacting... Brolly and Sheen seem to have been selected for their talents in this regard." Sheen has also appeared with Beckinsale in the season seven premiere of Punk'd.

He has become well-known for playing real-life characters. He played Tony Blair in the Channel 4 drama The Deal and later, in the film The Queen. He has also played Kenneth Williams in Fantabulosa! on BBC Four, H G Wells in H G Wells: War with the World on BBC Two, and in 2006, he played Nero in the BBC's Ancient Rome: The Rise and Fall of an Empire.

At the 2005 British Academy Television Awards, Sheen was nominated for Best Actor for his performance in the TV drama, Dirty Filthy Love, in which he played a man with obsessive-compulsive disorder. In 2007, he received two BAFTA nominations, this time for Best Supporting Actor in a Film, for his performance in The Queen, and for Best Television Actor, for his role in Fantabulosa; once again, he was unsuccessful in both cases.

Later that year, he played David Frost in the critically acclaimed Donmar Warehouse production of Peter Morgan's Frost/Nixon, which later transferred to the Gielgud Theater before heading to Broadway in 2007. He has reprized the role in the 2008 Ron Howard-directed film adaptation. In 2007, he read Paul Torday's novel Salmon Fishing in the Yemen on BBC Radio 4's Book at Bedtime. The same year, Sheen was invited to join the Academy of Motion Picture Arts and Sciences.

On 2 October 2007, it was announced that Peter Morgan was working on a sequel to The Queen, and that Sheen will be reprising his role as Tony Blair in The Special Relationship, starring alongside Dennis Quaid as former US President Bill Clinton and Hope Davis as Hillary Clinton.

In January 2009, he returned to the role of Lucian in Underworld: Rise of the Lycans, the third release in the Underworld film series and prequel to the original 2003 film.

In March 2009 Sheen played Brian Clough to critical acclaim in Peter Morgan's adaptation of David Peace's novel The Damned Utd, based on Clough's 44-day spell in charge of Leeds United. The same year, he co-starred as the vampire Aro in the second installment of the Twilight film series, New Moon, released on November 20. He was the "Star in a Reasonably-Priced Car" on the November 22 2009 edition of Top Gear. November 2009 also saw the release of the DVD; 'Michael Sheen presents You're The Boss'. An entertaining documentary comedy celebrating the games greatest football managers and the highs and lows of football management.

Future projects include the upcoming Tim Burton film Alice in Wonderland alongside Johnny Depp, Helena Bonham Carter and Anne Hathaway; the television series My Last Five Girlfriends; and an American thriller, Unthinkable , alongside Samuel L. Jackson and Carrie-Anne Moss, which as yet does not have a release date due to distribution problems.
'Twilight Reality is the quality of being true to life within the Twilight Saga' © All Rights Reserved 2008-2011