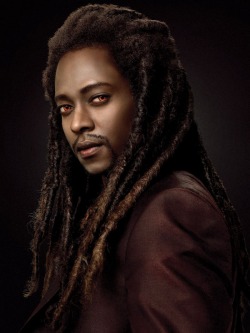 Laurent was a nomadic vampire who was a member of James' Coven. Following James' encounter with the Olympic Coven, he became a member of the vegetarian Denali Coven, though he often disregarded their dietary guidelines and admitted to cheating. He was killed by the shape-shifters of La Push after an attempt to kill Bella Swan.

Physical Description
Laurent is described as an olive skinned, dark haired vampire with a French accent. In the movies, Laurent appears quite different to his description in the books, being dark skinned and having dreadlocks. Like all vampires; when in sunlight, he used to sparkle as if thousands of diamonds were embedded to his skin.

Personality and Traits
Bella Swan considered Laurent to be easily the most attractive out of himself, James and Victoria. He appeared to have little sense of loyalty as he betrayed James's plans, his long time coven leader, to the Cullens. In addition, he also betrayed the Denali Coven by disregarding their vegetarian diet. Laurent also turned on the Cullens by trying to kill Bella. He also betrayed Victoria by attempting to kill Bella instead of letting Victoria kill Bella. 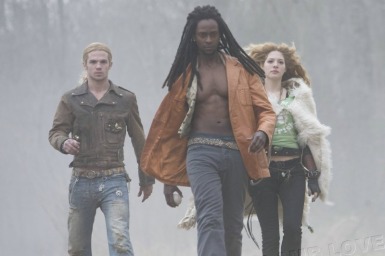 Actor Edi Gathegi played Laurent in the films Twilight and New Moon. For the films, Laurent was given the surname "Da Revin".

Early Life
The Vampire that changed Laurent is unknown but soon after this he met with James and Victoria. He joined their coven because James was very strong. He, along with James, tracked a werewolf across Siberia. He then travelled to America and became a nomad.

Encountering the Cullens
Laurent was an original member of James' coven. When James and Victoria chose to hunt Bella Swan, Laurent told the Cullens everything about them.

After this, Laurent went to live with the Denali Coven and became Irina's mate; despite living with "vegetarian" vampires, Laurent cheated the diet as evidenced by his red irises.

He still kept good contact with Victoria and was willing to do favours for her. 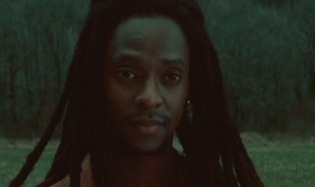 Death
When Bella visited Edward's meadow, Laurent stumbled across her, having returned to Forks as a scout for the vengeful Victoria. He found Bella's scent irresistible, and decided to kill her himself, reasoning to her that being killed quickly by him was a better fate than being found by Victoria and tortured to death. However, Laurent was chased off by Jacob Black and four other shapeshifters in their wolf form before he could strike. Laurent seemed to mistakenly recognize the shapeshifters as true werewolves. This mistake may have occurred because he had accompanied James on a hunt for a werewolf across Siberia years beforehand. He exclaimed, "I don't believe it!" as he was shocked to see them in their wolf form in broad daylight, with no moon out, and working together (true werewolves do not run in packs). Bella, having no idea what these strange creatures were, aside from huge wolves, fled in terror after the wolves chased Laurent out of the clearing. Later, after Bella witnessed Jacob phasing into a wolf, he told her they "took out that leech with the dreds easy enough." This indicates that Laurent was killed by Sam's pack shortly after they chased him away from Bella.

Relationships
Irina
Laurent's only known romantic relationship was with Irina from the Denali Coven. When he was killed, Irina became extremely angry and depressed. It was this that stopped the Denali Coven from aiding the Cullen family against the newborn army of Seattle and what made her turn in Renesmee Cullen as an  immortal child to the Volturi. It can be assumed she remained in love with him, as she tried avenged to him and she died because of her love for Laurent. 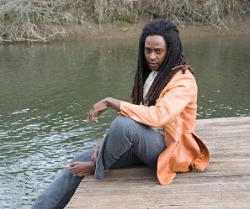 Etymology
His name comes from the Latin "Laurus", meaning laurel.

Forever Dawn
In the original sequel to Twilight, Forever Dawn, Laurent stayed with the Denali Coven and came to the Cullens' aid against the Volturi.
'Twilight Reality is the quality of being true to life within the Twilight Saga' © All Rights Reserved 2008-2011