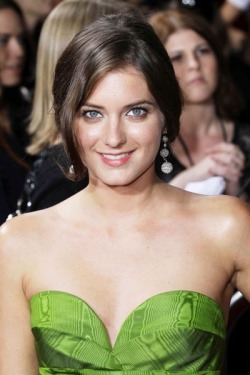 Justine Wachsberger is an emerging actress who has appeared in only two movies thus far in her short career.

In First Daughter just as a passing student. Justine just finished filming Sorority Row as Katie which was released in mid 2009. Justine was also cast to play in New Moon as "Gianna".Justine Wachsberger graduated from the University of Southern California in 2006 with a major in Communications and Theatre. In her spare time, Justine enjoys shopping, hiking, going to the movies, visiting museums, and traveling.
'Twilight Reality is the quality of being true to life within the Twilight Saga' © All Rights Reserved 2008-2011