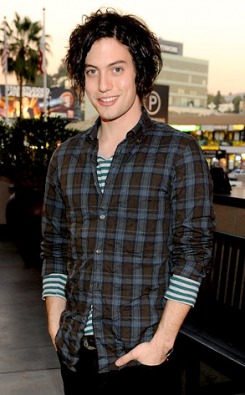 Jackson Rathbone (born December 21, 1984) is an American actor. He is known for his role as Nicholas Fiske, on the ABC Family drama Beautiful People. He has had guest roles in The OC, which his Twilight co-stars NIkki Reed and Cam Gigandet also starred in, and Close to Home. He has made a couple of movies, Molding Clay (AKA River’s End), Pray for Dawn, and Travis and Henry. He also did extensive work for Disney 411 and interviewed big stars like Hilary Duff. On February 19, 2008 it was announced that he is set to play the character of Jasper Hale in the upcoming movie Twilight, based on the best-selling novel by Stephenie Meyer.
Rathbone was born in Singapore and has lived from places ranging from Indonesia to Midland, Texas. He started out in local theatre in Midland with the youth actors program "The Pickwick Players", initially doing musical theatre. For his junior and senior years of high school, Rathbone attended the Interlochen Arts Academy, a private school for the arts in Michigan, where he majored in acting. After graduation, he had planned to go to the Royal Scottish Academy, but went instead to Los Angeles to experiment with the big screen. He immediately signed onto Disney 411, and had a leading role in the ABC Family Drama Beautiful People, which premiered in fall 2005. When not busy pursuing a TV/film career, Rathbone also enjoys music, writing and producing. He performs in a band, called 100Monkeys, with two friends that he met at Interlochen Arts Academy.


Late 2008 he was approached with the role of Sokka for M. Night Shymalan's The Last Airbender. Rathbone has been a fan of the show and the character Sokka, he's looking forward to "something a bit more funnier, a little less serious than Jasper".

Rathbone maintains a close friendship with fellow Twilight co-stars Kellan Lutz and Ashley Greene whom he knew before shooting. Rathbone also maintains a extremely close friendship with other fellow Twilight co-star Nikki Reed whom he knew before shooting from the series The O.C.
'Twilight Reality is the quality of being true to life within the Twilight Saga' © All Rights Reserved 2008-2011